US companies still reluctant to visit Pakistan due to negative perception: Santella

Karachi. Nov 25, 2019: Agricultural Counselor of United States Department of Agriculture (USDA) Rey Santella has said although they were inviting the US business community but many of them were still reluctant to visit Pakistan mainly due to negative perception and also because of legal and Information Technology related hurdles that need to be addressed.

Pakistan had many challenges in the past but the country has been progressing well and the situation was much better now. Good opportunities for US investors exist in Pakistan where they can surely explore trade and investment opportunities in numerous sectors including the agriculture, dairy, food items and animal feeds etc., he added while speaking at a meeting during his visit to the Karachi Chamber of Commerce and Industry.

Rey Santella pointed out that besides exporting meat, soybean and other agricultural products, non-fat dry milk worth US$50 million was also being sent to Pakistan annually. “There is a big potential for further expanding trade and investment ties between the two countries but the business communities will have to meet more frequently so that this potential could be realized. Meanwhile, USDA, which is already cooperating in the agriculture sector, is ready to provide technical assistance and training of trainers in the dairy and animal husbandry that would lead to improving the productivity.

He sought KCCI’s assistance in identifying numerous trade opportunities so that these could accordingly be focused and disseminated amongst US companies with a view to improve the existing trade ties between the two countries.

Rey Santella further informed that USDA will be participating in Gulfood Exhibition scheduled to be staged in Dubai in February 2020 where Pakistani companies can visit the stalls of numerous US companies to examine their products and services.

Earlier, President KCCI Agha Shahab Ahmed Khan, in his welcome address, stated that it was really heartening to see many US companies were taking keen interest in Pakistani market hence, it was the right time to fully facilitate and encourage joint ventures between the business communities of the two countries in numerous sectors.

He was of the opinion that there was a huge potential to enhance trade and investment cooperation between Pakistan and the United States, particularly in the agriculture, dairy, livestock, fisheries etc. “We must promote collaborations in all such sectors with huge trade and investment potential which would certainly prove favorable for both the nations”, he added while acknowledging the support and cooperation being extended by USDA.

He mentioned that Pakistan, being the 4th largest producer of milk, produces around 54 billion liters of milk per annum hence, this was an area where the business communities of the two countries must look for joint ventures while the USDA must extend technical cooperation so that the dairy yield could be improved further.

Agha Shahab further noted that as US has an advanced agricultural sector while Pakistan’s economy is also agri-based, it is very crucial to cooperate in this particular sector by focusing on exploring ways and means on how to transfer US technology to Pakistan’s agricultural sector, which was facing several issues including limited cultivatable land, water and fertilizer scarcities and also the energy crises. “US can provide assistance in enhancing the yield of cultivatable land and you can also share water conservation and energy saving techniques, besides providing good quality fertilizers at competitive prices to Pakistani farmers”, he added.

He also underscored that instead of staying confined to just sending the same old traditional items only, the business community must look into the possibility of diversifying the exports by exploring new avenues and they must also effectively market their products and services in order to maximize share in the US markets.

HANOI, VIETNAM – Media OutReach – Aug 07, 2020 – T​he potential of Blockchain technology reaches across multiple industries. This 4.0 digital mechanism could be the answer for many stubborn social problems, especially when the world is facing a once-in-a-century health crisis — Covid-19 and is demanding urgent resolutions. This strange, yet promising, Blockchain corporation – Lina Network believes, it’s about time for them to take the next significant step on the development journey right in the middle of chaos and crisis. Perhaps, changes are necessary to adapt to the ‘new normal’ which is slowly seizing the world system. The firm officially transformed their brand identity ​“to become an organization with a global network that provides solutions to real-world problems in societies using technology applications.” The new look is clean, neat and delivers the essence of contemporary technology in the digital age just right. 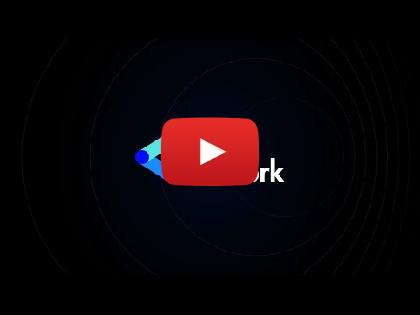 The face of digital transformation

Lina Network new logo design includes 3 dots, those are connected tightly and presented for 3 elements: ​Human​, ​Technology​, ​Solution​. Via this logo, Lina Network emphasizes the important role of technology in connecting humans (individuals, organizations, partners) to provide the prime solutions for existing obstacles in the economy and society. The new identity illustrates the mission Lina Network is attempting to achieve. 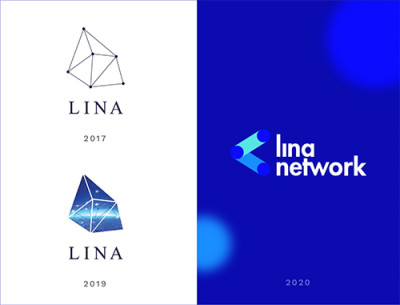 Founded in Switzerland, based in Vietnam, the Blockchain corporation- Lina Network established a new brand identity in the middle of the Covid pandemic and global chaos.

It was the starting point of Lina Network, founded from the desire to apply 4.0 technology in addressing the supply chain shortcomings in Vietnam’s agriculture. During the first two years of operation, they have constantly educated farmers and firms across the country on new definitions in agrotechnology and prepared them with digital applications for the agribusiness.

Young but experienced, this Swiss-funded ICO corporation decided to sail beyond the horizon, for agriculture is the point of departure and not the limit. The spokesperson strongly affirmed: “The mission that Lina Network yearns to perform will not stop at agriculture. Our projects are executed in many fields, from reviews, healthcare, e-commerce, e-government to digital assets. Since our business orientation and inner values have changed, the brand identity, thereby, transformed correspondingly in order to strengthen the brand image and to ensure consistency in conveying our values message. Lina Network’s ultimate goal is to become a leading technology corporation in Viet Nam. ​The birth of our new identity is a succinct affirmation of the mission we wish to fulfill: ‘​To become an organization with a global network that provides solutions to real-world problems in societies using technology applications.'” 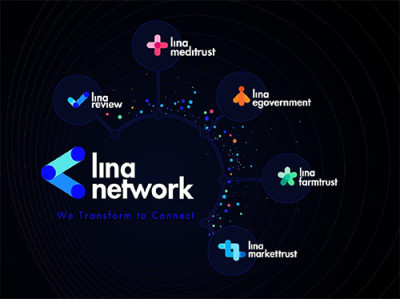 Digital transformation is an inevitable trend of the 4.0 era. The corporation culture is imbued with the breath of modern technology, from the business orientation depicted through the brand identity and content, to the deployment of science and automation in product development to solve economic and social problems. Lina Network is currently offering 5 Blockchain-based products and services across 5 different industries: