Raza Rabbani lashes out at civil-military bureaucracy over ‘corruption’; Calls for across the board accountability

KARACHI: Senate Chairman Raza Rabbani accused on Wednesday Pakistan’s civil-military bureaucracy of corruption and called for an across the board accountability.

“There should be accountability across the board without taking into consideration any sacred or holy cows,” Raza Rabbani said, while addressing a gathering at the Federal Urdu University in Karachi.

The Senate chairman said while corrupt politicians have looted the country’s wealth the bureaucracy has also been involved in the same practices.

If a politician is tried in a special court then all others should also be tried in the same courts irrespective of their ranks or statuses, he added.

Warning against repeating ‘mistakes of the past’, Pakistan People’s Party (PPP) senior leader called for even-handed and across the board accountability.

“The institution which is carrying out accountability of the whole country—who will hold them accountable?” asked the Senate chairman.

He said that there should be no “sacred cows or holy cows”, and that everyone should be accountable.

“It is no longer possible that special courts are formed for those with political ideologies. Special courts should be formed – I will stand by them – but accountability should be for all and across the board,” he said.

KUALA LUMPUR, MALAYSIA – Media OutReach – 21 August 2020 – The five celebrities, ranging from fashion influencers to television hosts, agreed to develop 6 episodes of YouTube educational series. The intention is to teach the fundamentals of trading currencies on the foreign exchange market. 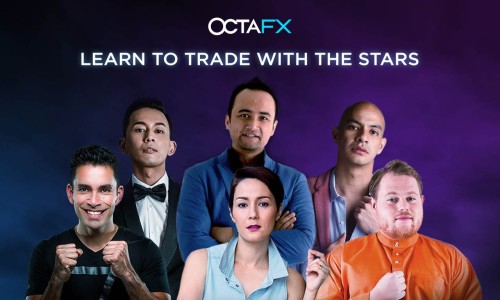 The star-studded cast includes Harris Annuar, Yasmin Hani, fashion influencer Andre Amir, content creator Rhys William, and celebrity fitness trainer, Kevin Zahri. Master trader Gero, will be the one teaching the 5 celebrities on how to trade. For practice, the group has chosen OctaFX online Forex broker platform, which helps people trade from anywhere and anytime, even in the comforts of their home. There is much anticipation surrounding how these 5 celebrities will cooperate amongst each other and whom will be able to perform best by the end of the series.

The informative series will be broken down into 6 episodes, totalling approximately two hours from start to finish. OctaFX and the 5 stars have stated that this isn’t necessarily a crash course, but a detailed breakdown and introduction on the fundamentals of Forex trading. As the recent pandemic has negatively impacted the lives of many, everyone is hoping that this can be a new career path for them or simply just another form of investment that will be able to generate supplementary income for them.

The funds earned by the celebrities during the show will be donated to a charity foundation in Malaysia which is still in the selection process.

Stay tuned for more updates and catch the series on

OctaFX is a Forex broker providing online trading services worldwide since 2011. It offers a state-of-the-art trading experience to more than two million trading accounts. OctaFX has won more than 30 awards since its foundation, including the Best ECN Broker 2020 award from World Finance.