The summit was inaugurated by Mr. Muhammad Zubair, Chief Executive Officer, AlHuda CIBE FZ LLE, Dubai- U.A.E. He welcomed all the guests of honors, speakers, and participants for attending this emerging phenomenon conference, one of new of its kind in the region. He said that Islamic banking and finance is the ultimate financial solution due to its viability and sustainability. This system has multi-fold benefits which concentrate on the balanced wealth distribution. He also threw light on the need of Islamic banking and financial services.

He further said that several new Islamic financial institutions are ready to start their operations in the market. Various Islamic window operations are also going to start their operations for the development of the economy to strengthen the growth of the market and to uplift the living standards of the public in the region. A few of the banks are also coming into the markets with stand-alone branches for Islamic banking operations. The insurance industry is also participating with zeal and zest and Takaful operations are also going to be operated in the insurance market.

The Guest of Honors includes H.E. Mohamed Himid Mbaye Former Deputy Governor, Bank of Tanzania, Immediate Past Chairman CIFCA, H.E. Prof. Florens D. A. M. Luoga Governor, Bank of Tanzania, H.E.Mrs. Khadija. I. Said Deputy Commissioner of Insurance, Insurance Regulatory Authority (TIRA), Tanzania, Dr. Ally Hussein Laay Chairman of the Board of Directors, CRDB Bank Plc, Tanzania, Mr. Khamis Suleiman     Chairman, Association of Tanzania Insurers, Tanzania were with Mr. Muhammad Zubair at inaugural ceremony and appreciated AlHuda CIBE FZ LLE, Dubai- U.A.E. activities for the development of Islamic banking and finance in Africa and especially in Tanzania. They mentioned that Tanzania and Africa have enriched the future for Islamic banking and finance and many banks are dealing with Islamic banking products in the country and the region. They pertinently mentioned that AlHuda CIBE is playing its role for the promotion of a globally accepted alternative financial solution which is the only hope of financial stability. They also mentioned that there is absence of a specific legal and regulatory framework to govern the Islamic finance industry which should be addressed timely. It not only will promote the Islamic banking and financial services but also enhance the economic growth of the region.

Apart from
dedicated small group mentorship sessions, the programme also includes a series
of performance workshops and international forums for young musicians to
enhance live performance skills, understand the latest industry trends and
discover potential collaboration opportunities. Livehouse showcases and school
showcases are also arranged for participants to gain performance experience and
build up a fanbase. All the participants are selected through open recruitment
and audition process organised by Ear Up
Music.

Ear Up Music was
set by Renaissance Foundation Hong Kong
to develop a sustainable and diverse music ecology in the industry, and nurture
rising young music stars. Sponsored by Create
Hong Kong (a Government unit that aims to develop Hong Kong into a regional
creative capital) since 2016, the
label has now created the “Ear Up Incubation” programme to spotlight new music
in Hong Kong and in neighbouring regions and beyond.

The music
industry in Asia is going through a renaissance at the moment, with musical
phenomena like K-pop even attracting a global audience, as societies worldwide
becoming more open to diverse strains of music styles. In Hong Kong, Cantopop
is still the dominant musical genre, but the city is also embracing a growth in
independent music. Groups of young local musicians are on a mission to bring
the Hong Kong music industry to a new heyday.

But there are
challenges. Ear Up Music understands that lack of professional training and
guidance are the main stumbling blocks for new musical talent to break through
the homogeneity of the local music industry. To help overcome these issues, the
label created “Ear Up Incubation” to help local independent musicians be
equipped with label establishment knowledge and find suitable career paths for
their strengths through a series of practical training sessions and workshops.

Preparing for the world

Mr YUEN Chi-Chung,
a veteran music producer and the project director of this year’s Ear Up
Incubation explained that, “The programme provides opportunities for young
indie musicians to broaden their musical vision and gain insights into the
industry by interacting with experts from different sectors. In this way they
can identify what they need to improve and be better prepared for the
international stage.”

THE BIG FESTIVAL FINALE
After the
all-round training and preparation, 12 groups of outstanding mentees will be
selected from the programme to showcase their music in the Ear Up Music Festival in January 2021 at Macpherson Stadium,
Hong Kong.

Four major awards
including the “Ear Up Grand Prize”,
the “Ear Up Creativity Award”, the “Ear Up Performance Award” and the “Ear Up Audience Award” will be given
to the best performers in each category. Eman Lam, a local singer and Rubber
Band, a popular local Cantopop Band, who are both from another project Ear Up Global, will also perform during
the show. Details of the festival will be announced in mid-December. Stay tuned
to Ear Up Music social media so you won’t miss this exciting festival of new
Hong Kong music.

Ticketing: Free Entry (Details will be announced
in mid-December on Ear Up Music social media platforms)

Gigi Cheung graduated from the Drama School of
the Hong Kong Academy for Performing Arts (HKAPA) in 2016. She is currently a
model and TV host at Viu TV. With a background of learning classical piano at
an early age, Gigi’s music style is deeply influenced by theatre and classical
music. Gigi has also started her role as a singer-songwriter and composed solos
in recent years.

Formed in 2016, Chonotenki literally
means “super happy-go-lucky” in Japanese and embodies their enthusiasm for life
and passion for music. All four of them are vastly different in character, but
have been brought together by a perfect music climate. Although Hong Kong is
going through its ups and downs, the band would like to share their
positiveness and “funk up” the city with their music. 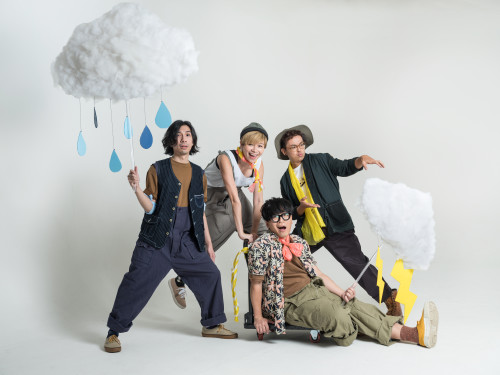 Andy
is typing… is an alternative rock band originated from Hong Kong in 2016.
With musical influences ranging from alternative rock classics like Radiohead,
Red Hot Chili Peppers to British bands like Oasis, even some Japanese rock
bands, Andy is typing… loves to write punchy and explosive, yet emotional and
expressive music, with twists. Andy is Typing… released their debut single
<Take A Break> in April 2017. This is a love song written by JKY, one of
the four band members, to express his fatigue over being involved in
complicated modern relationships. The release of <Take A Break> managed
to reach #1 on iTunes Hong Kong in the rock category.

Inspired by John
Lennon and Beyond, TAOTAO believes
‘a big group hug and a massive dance party’ is what the world needs right now.
This has driven her to become a singer-songwriter. Her love for music inspired
TAOTAO to further her studies in music and production instead of political
economy. She received vocal and songwriting training at the Musicians Institute
in Hollywood and has performed with her band throughout Los Angeles. Her
western journeys in London and LA have shaped her musical style of R&B and
pop with an electronic touch. 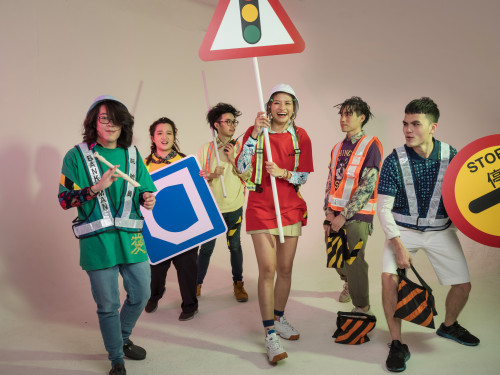 Polypumpkins is a Hong Kong-based duo band which
focuses on electronic music. Their recent works consist of Synthwave and
Chillout music. With distinctive musical backgrounds and diverse experiences
across different fields, Dominic and Pion work diffuse rich electronic flavours
with heavily synthesized sounds. Their music target is to bring audiences on a
special journey of ups and downs, without a fixed boundary of musical genres.

About Ear Up Music

Ear Up Music is a music label that spotlights new music of Hong Kong to its neighbouring regions and beyond. The label, established by Renaissance Foundation Hong Kong in 2016, runs numerous projects from talent development to showcase events that connect with global music networks. These projects, mainly sponsored by Create Hong Kong of the HKSAR Government, include Ear Up Incubation, Ear Up Global, Ear Up Tour and Ear Up Gig On.

In 2018, we founded Ear Hub to curate the latest developments in the Hong Kong, Asian and International music, media, production and interactive industry.  Ear Hub is an international music conference and festival that offers an audiovisual feast as well as a cordial environment to initiate cross-border collaborations for music lovers and professionals.