LAHORE:  With episode one of Coke Studio 2020 being well received by both critics and the public on December 4, 2020, Coke Studio will be launching Episode 2 on December 11, 2020.

The second episode will feature the legendary Rahat Fateh Ali Khan singing a Tarana with classical singer Zara Madani, Wajiha Naqvi performing her solo debut with a song about having faith in one’s self and Ali Pervez Mehdi coming together with Meesha Shafi for a catchy Punjabi folk song.

The first song for the second episode, Dil Tarpe, features Rahat Fateh Ali Khan and Zara Madani coming together to perform a Tarana bringing a fusion and Qawwali-like flavour to the track. Dil Tarpe from Week 2 of Coke Studio 2020 is a tarana written by the great Rahat Fateh Ali Khan himself. In the song, the protagonist is exhibiting distress by emotionally imploring their beloved to have mercy on the heart; longing for the comfort and peace of their beloved’s company. Talking about the song, Zara Madani said, “This song is about longing with a very special spiritual connotation; a conversation taking place between a person and their inner self where one pleads for help from the Almighty.”

Excited about the new collaboration, Rahat Fateh Ali Khan said, “I don’t think anyone has ever experimented with a tarana the way that we have tried to in this season,” said Khan.

Explaining the concept, Rahat Fateh Ali Khan said, “A tarana is a language derived from classical music – there is a grand display of vocal ability put on show in a tarana. I don’t think anyone has ever experimented with a tarana the way that we have tried to in this season.”

Madani, whose voice emanates the calmness in the emotional turmoil being expressed by Khan says, “This song is about longing with a very special spiritual connotation; a conversation taking place between a person and their inner self where one pleads for help from the Almighty.”

The second song for the episode is Wajiha Naqvi’s solo debut on Coke Studio performing Yaqeen, a song written and composed by the artist herself. Carrying a modern pop-rock style, the song has pronounced elements of Indian classical instruments, thus classifying as “raga rock”, a popular musical genre from the 60s. With its powerful lyrics, Yaqeen tells the story of a woman showing resilience and self-reliance in the journey of life. “If men and women are not encouraged or taught to rely on themselves or have faith in themselves, this usually leads them not really knowing who they are and what they are truly capable of. If each person is given the opportunity to explore and discover his/her own self and true potential, they can contribute to society in a more informed manner”, said Naqvi.

According to Naqvi, the song has a contemporary western vibe but is composed in raag jog inspired by her training in eastern classical music. The song has elements from both “raga rock” and its modern version in “Brit-pop” creating a classic East meets West fusion as demonstrated through the riffs played in the same manner by the guitars, sitar and rabab. Moreover, the dholak retains the song’s eastern roots and drives the rhythm of the song making it upbeat and groovy.

Explaining the message of the song, Naqvi said, “I realized that no matter how difficult a time one goes through, ultimately you have to have faith in yourself. And if you don’t, you will keep spiraling down a black hole of negativity. Only you can save yourself.”

Written from the perspective of today’s changing times and as a conversation with herself, Naqvi says, “Just as our society is evolving, the meaning and content of our songs are changing too. Moving beyond romantic, pining love songs to a message in which I’m saying I’m good enough for myself. That is the spirit in which the song was written.”

Naqvi, hopes many will be able to relate to the song said, “Being a female myself, while this song is written from a feminine perspective, this song could relate to the experiences of both men and women where many times we are told what to do and who to be, rather than accepting ourselves wholeheartedly.”

The song illustrates how important it is to believe and accept oneself including one’s strengths and weaknesses. Releasing ourselves from a relationship isn’t a declaration that we no longer love the person, but that we love ourselves enough to let them go, even if it hurts us. It is the realization that the way we love ourselves is the foundation upon which we love others in life.  In the end, the song re-affirms Naqvi’s ultimate faith in the Almighty that in fact, it becomes easier to believe in yourself when you know that He (God) will always be beside you.

Gal Sunn, a catchy, upbeat folk song with a contemporary funk element is the last song for episode 2. Performed by Ali Pervez Mehdi and Meesha Shafi, the song represents the longing between lovers. The rhythm instruments playing interlocking grooves create a toe-tapping and danceable feel. “In these times, going through [Covid19], I wanted people to listen to something positive and fun. That is why I created this song,” said Ali Pervez Mehdi, adding that the song gave him hope, he said, “I dance to it and I want everyone else to dance to it too!”

“This song has a lovely flirtatious vibe,” said Meesha Shafi, adding that, “It is a beautiful composition, he [Ali Pervez Mehdi] has a beautiful voice and his songwriting is really really catchy.”

“This is an incredibly energetic song; it’s a beautiful song with all the dance vibes. It’s groovy, it’s funky, and I love this style of music,” said Ali Pervez Mehdi.

Mehdi said, “I actually dance to this song, the groove is amazing. I believe if I’m not enjoying the song, then no one else will enjoy it either. It is a fun song and I would love to see people dancing to it!”

Talking about the song lyrics, Mehdi said, “In these times, going through [with Covid19], I wanted people to listen to something positive and fun. That is why I created this song.” Adding that the song gave him hope, Mehdi said, “I dance to it and I want everyone else to dance to it too. I truly believe that God willing, everything is going to be okay very soon.”

Along with a groovy bass line, Serbian brass players have also been incorporated playing the trumpet, tenor saxophone and trombone enhancing the funk feel to this desi melody.

Producer Rohail Hyatt, who is at the helm of the national music platform once again, has ensured that not only will this be a season featuring purely original songs, the focus for this year has been on content and social messaging which included an all-female anthem presented in the first episode called Na Tutteya Ve; the song, which featured all the female artists of the season singing together, was lauded by members of the international community, the political fraternity, fans and musicians alike.

Coke Studio 2020 also marks the return of the house-band, with Asad Ahmed on the electric guitar, Kamran ‘Mannu’ Zafar on bass, Babar Khanna on eastern percussions, Shehroze Hussain on the sitar, Nawazish Nasri on rabab, and Abier ‘Veeru’ Shaan on percussions. On backing vocals, this season will feature Nimra Rafiq, Wajiha Naqvi, Kumail Jaffery, Shahab Hussain, and Zara Madani. Given the new format and advantages of technology, this season has also collaborated with international musicians from across the world including Turkey, Nepal, Lebanon and Serbia. In fact, Turkish artist, Volkan Öktem, has also joined the house-band this season featuring on the drums.

Coke Studio 2020 was administered under careful management and maintenance of COVID-19 SOPs which resulted in both singers and musicians being recorded separately. Despite these challenges, Coke Studio was committed to releasing a season as an opportunity to keep hope alive amidst difficult times. Given the extraordinary circumstances under which this year’s season has been produced, it will be deliberately referred to as Coke Studio 2020 and not Coke Studio Season 13. The core values of the Coke Studio platform have always been to explore, experiment and share the unique music of Pakistan and the sub-continent with the rest of the world. Hence, with this evolving discovery of the Pakistani identity also continues the journey of Coke Studio and its music.

JAKARTA,
INDONESIA – Media OutReach – 16 June
2020 – Leading global
logistics provider, GEODIS has announced the appointment of Tomy Sofhian as the
Managing Director of Indonesia from May 2020. 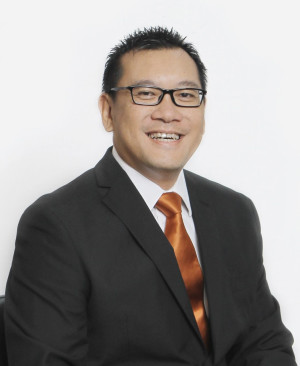 Tomy reports to Rene Bach-Larsen, Sub-Regional
Managing Director ASEAN, who commented: “Tomy Sofhian joins GEODIS with a
wealth of experience in the supply chain industry and at a key time during our
expansion of operations in Indonesia.  We
continue to support Healthcare and Pharma Industries with our bonded warehouse
equipped with cold chain facilities in Soewarna business Park. Crucially, this
facility enables us to manage and control pharmaceutical products from China
and rest of Asia, which are being delivered to key facilities locally.  Tomy’s expert regional knowledge and
commitment will help the further development of our team in Indonesia to meet
in reaching our growth targets.”

GEODIS professionals in Indonesia are also
extensively involved in supporting customers in the oil and gas industry,
providing specialized logistics services in the remote region in the vicinity
of Balikpapan, a seaport city in East Kalimantan.  GEODIS has a regular air cargo service to Balikpapan
with connections from Singapore four times a week.

Holding a Master’s Degree
in Economics & Business (majoring in Strategic Management) from Diponegoro
University, Indonesia, Tomy Sofhian, 48, joins GEODIS with a career long in
both local and regional experiences, having spent nearly 20 years in the
freight delivery sector.

GEODIS is a
top-rated, global supply chain operator recognized for its passion and
commitment to helping clients overcome their logistical constraints. GEODIS’
growth-focused offerings (Supply Chain Optimization, Freight Forwarding,
Contract Logistics, Distribution & Express, and Road Transport) coupled
with the company’s truly global reach thanks to a direct presence in 67
countries, and a global network spanning 120 countries, translates in top
business rankings, #1 in France, #4 in Europe and #7 worldwide. In 2018, GEODIS
accounted for over 41,000 employees globally and generated €8.2 billion in sales.