BEIJING: The head of the Chinese Centre for Disease Control and Prevention says he has been injected with an experimental coronavirus vaccine in an attempt to persuade the public to follow suit when one is approved.

“I’m going to reveal something undercover: I am injected with one of the vaccines,” Gao Fu said in a webinar on Sunday hosted by Alibaba Health, an arm of the Chinese e-commerce giant, and Cell Press, an American publisher of scientific journals. “I hope it will work.”

The Associated Press reported earlier this month that a state-owned Chinese company injected employees with experimental shots in March, even before the government approved testing in people — a move that raised ethical concerns among some experts.

Gao did not say when or how he took the vaccine candidate, leaving it unclear whether he was injected as part of a government-approved human trial. He did not respond to requests for comment.

The claim underscores the enormous stakes as China competes with US and British companies to be the first with a vaccine to help end the pandemic — a feat that would be both a scientific and political triumph.

China has positioned itself to be a strong contender. Eight of the nearly two dozen potential vaccines in various stages of human testing worldwide are from China, the most of any country.

Gao declined to say which of the vaccines he was injected with, saying he didn’t want to be seen as “doing some kind of propaganda” for a particular company.

Last month, Gao was a co-author on a paper introducing one candidate, an “inactivated” vaccine made by growing the whole virus in a lab and then killing it. That candidate is being developed by an affiliate of state-owned SinoPharm.

The company previously said in an online post that 30 employees, including top executives, helped “pre-test” its vaccine in March, before it was approved for its initial human study. Scientists vehemently debate such self-experimentation, because what happens to one or a few people outside a well-designed study is not usable evidence of safety or effectiveness.

Chinese state media have also reported that employees of state-owned companies going abroad are being offered injections of the vaccine.

Gao said he took the injection to instil public confidence in vaccines, especially amid a tide of rising mistrust that has fueled conspiracy theories and attacks on scientists.

“Everybody has suspicions about the new coronavirus vaccine,” Gao said. “As a scientist, you’ve got to be brave. […] If even we didn’t do it, how can we persuade the whole world — all the people, the public — to be vaccinated?”

Andrew Rennekamp, an editor at Cell and one of the moderators of Gao’s webinar, said, “This is a brave thing to do, and it shows his faith in what he believes is the safety of the vaccine and his commitment to the science and to public health.”

Even as China is among the leaders in the global race for a vaccine, it is also striving to overcome years of drug scandals — the latest coming in 2018 when authorities recalled a rabies vaccine and later announced that batches of children’s DPT vaccines, for diphtheria, pertussis and tetanus, were ineffective.

Gao himself had also been under heavy scrutiny for the China CDC’s initial handling of the coronavirus outbreak, both at home and abroad. He largely vanished from public view for months, resurfacing again in an interview with state media in late April.

Recently, Gao has been involved in research on the coronavirus.

As vaccine research continues, China’s CDC is now looking into potential immunisation programmes, trying to figure out whether to prioritise children, the elderly or healthcare workers, he said.

Gao’s revelations come at a time of heightened geopolitical tensions fueled by the outbreak. Beijing’s delays in warning the public and releasing data at the beginning of the outbreak contributed significantly to the coronavirus’s spread, while US President Donald Trump and other American politicians have made unsubstantiated claims that the virus escaped from a laboratory in Wuhan, the central Chinese city where it was first detected.

Tensions have flared to the point where it’s now disrupting research, leading to frustration among scientists who work with Chinese collaborators. The Trump administration has moved to withdraw the US from the World Health Organisation (WHO), and has cut funding to research initiatives studying coronaviruses in China.

Gao said repeatedly in his lecture that he wanted more cooperation between the US and China, pleading for unity even as relations between Beijing and Washington plummet to new lows.

“We don’t want to have China and the US separated scientifically,” Gao said. “We’ve got to work together.”

NIPSEA aims to contribute to the innovations needed for C.A.S.E. (Connected, Autonomous, Shared and Electric mobility).

SINGAPORE – Media
OutReach
– 7 December 2020 – NIPSEA Technologies and the Agency for
Science, Technology and Research (A*STAR) have joined forces in the field of
coating solutions for autonomous navigation. Over the next three years, this
groundbreaking collaboration will be developing coating solutions for C.A.S.E.
(connected, autonomous, shared and electric mobility) which offers a glimpse
into the future of automobiles and its rapid developments.

Established
in 2011, NIPSEA Technologies is the Research and Development facility of Nippon
Paint Group, outside Japan and China. NIPSEA’S current collaboration with
A*STAR paves the way to promote innovative R&D projects, leveraging
expertise in chemicals, engineering sciences, and infocomm technologies.

“This current
project is part of our goal to contribute to the innovations in the rapidly
changing automotive industry. We are very honoured to have A*STAR as our
partner in this attempt to develop disruptive technologies,” said Mr. Wee Siew
Kim, Group Chief Executive Officer of NIPSEA Group.

This exciting
partnership is yet another milestone for NIPSEA and A*STAR, who have previously
worked on several key initiatives over the past eight years. This includes the
ICAP (Industrial Coating and Packaging) consortium project which produced
packaging films that protect foods and medicine from oxidation, by keeping
moisture out and blocking UV rays. The parties also worked on the Cool
Singapore project helmed by Nanyang Technological University (NTU) in 2017,
yielding a total cool paint solution to reduce Singapore’s ambient temperature
by 2 °C. Through this collaboration, NIPSEA has developed full cool paint
systems by modification and development of coatings for cool walls, roof and
road applications. More recently in 2019, the two cutting-edge organisations
also collaborated on an anti-microbial coating project which was successfully
implemented for solvent-borne auto interior coatings in China.

The current
project is part of NIPSEA’s aim to develop coating technologies for the evolving
needs of the automotive and transportation industry. Over the next three years,
the two organisations will work on several fronts in the field of autonomous
navigation. This includes the development of new coating solutions that
addresses the key challenges of safety and cost in autonomous driving, as well
as the employment of machine and deep learning approaches to increase
productivity in coating research and development.

“We
have worked together with A*STAR since 2012 and have achieved many milestones
together. However, this project, in particular, is very exciting as for the
second consecutive year, Singapore ranks at the top of the list of countries
ready to embrace autonomous vehicles (AVs), according to the 2019 Autonomous Vehicles
Readiness Index (AVRI) conducted by KPMG. Hence, this allows NIPSEA to lay an
excellent foundation to be the pioneer in autonomous navigation, over the next
decade,” said Dr. Hong Jiang, Chief Technology Officer of NIPSEA Group. 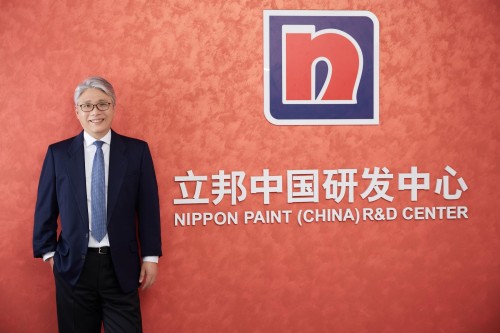 Similarly,
NIPSEA’s commitment to this cutting-edge project is echoed by A*STAR. Together,
the organisations are looking forward to continuing their working relationship.

“Working
alongside NIPSEA has been a happy journey for us, as both organisations place
high emphasis on innovations that benefit society in a sustainable way. In this
emerging and dynamic field of autonomous navigation, we are building upon our
long-standing collaboration to create a technology solution for a safer
environment,” said Professor Alfred Huan, Assistant Chief Executive, Science &
Engineering Research Council, A*STAR.

This
collaboration is firmly in line with NIPSEA’s DNA to push the boundaries of
innovation. This project will also provide major long-term benefits to
Singapore and to the future of autonomous navigation. For more information and
updates on this collaboration, visit http://www.nipponpaint.com/.

NIPSEA was founded by entrepreneur Mr.
Goh Cheng Liang in Singapore in 1962. NIPSEA has established its position as
one of the largest paint and coatings specialists in Asia, known in the
marketplace by its brand as “Nippon Paint” and is responsible for expanding its
operation and development of Nippon Paint in Asia. It has become the best
coatings partner for architectural, automotive, industrial, marine, O&G,
specialised clients and millions of families across the world.  The brand is recognised for its dedication to
quality, innovation and excellent customer service.

With more than 107 NIPSEA companies spread throughout
Asia, NIPSEA understands the local needs of its customers in every community.
The company embraces diversity and operates as a multinational corporation.
NIPSEA Group has over 22,000 employees with 82 manufacturing facilities and
operations in 18 geographical locations with its headquarters in Singapore,
efficiently serving all aspects of the business, from production to customer
satisfaction.